Roger’s collaboration with the UK band Yes, included designing some of their most memorable stage sets. Venues in the U.S. can be huge and accommodate audiences in the tens of thousands.

In 1974 Yes played at The Spectrum in Philadelphia with a capacity of over eighteen thousand, twice in one day to full houses both times. In that same year Yes also played at Madison Square Gardens that has a similarly large auditorium. Yes, with Peter Frampton as support in the 1976 bi-centennial concert at the John F. Kennedy Stadium in Philadelphia, to 130,000 fans in each of two back to back concerts.

So stage sets became indispensable to allow those who are viewing from a distance in massive venues to share the theatrical experience more effectively.

The design sets illustrated in this section are from the Yes 35th. Anniversary Tour, 2003-2004. Roger was asked to design the sets to be light, easy to dismantle, but dramatic and colourful.

The look and shape of the set was influenced by sea creatures and coral formations and was built as group of inflatable structures. 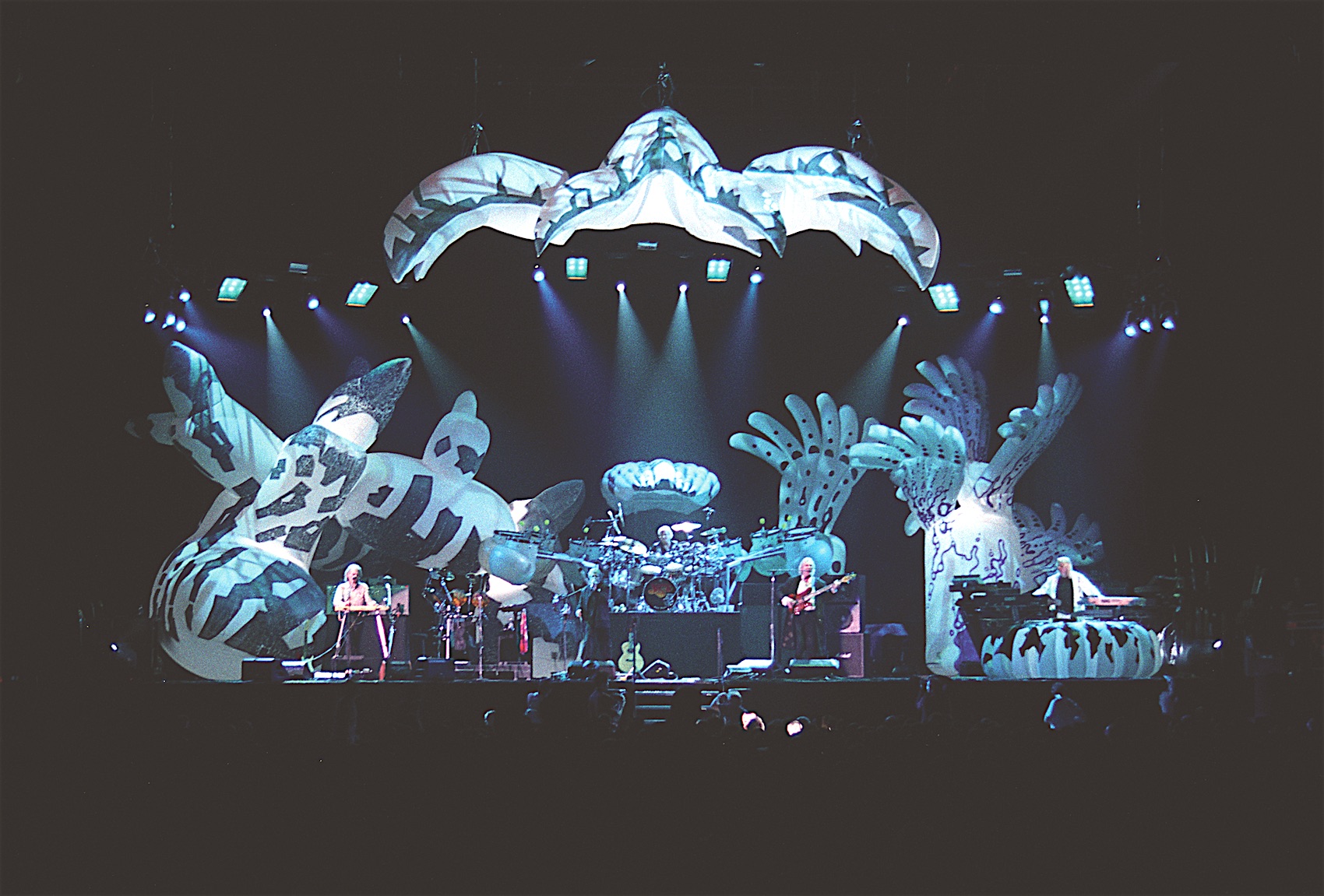 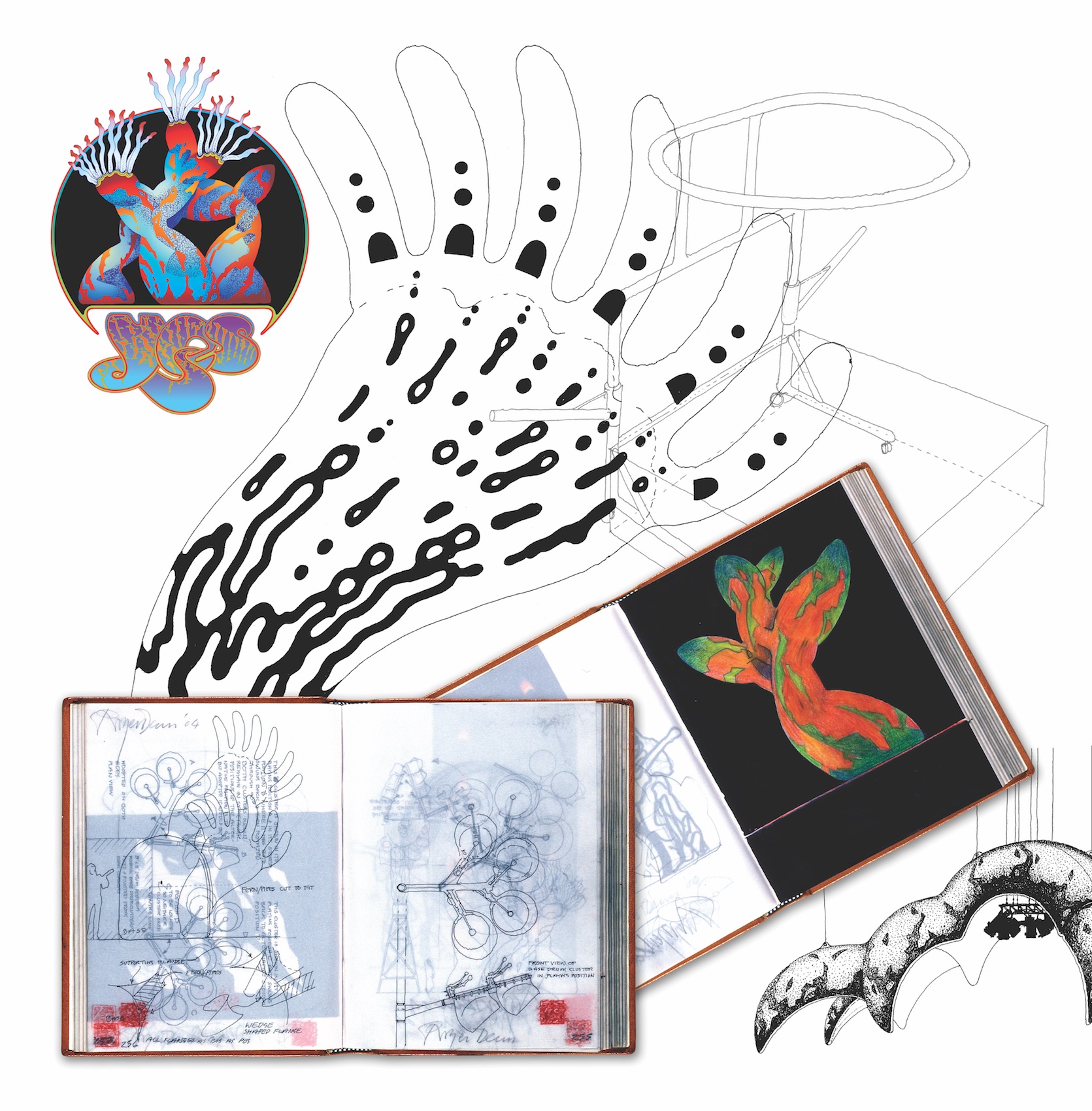